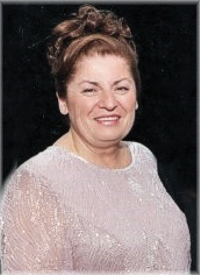 Irene passed away peacefully at home on September 21, 2021, surrounded by family and loved ones at the age of 71 after a courageous 2-year battle with cancer.

Irene never stopped fighting, as she was determined to stay strong and demonstrate what inner strength and bravery truly look like for those she loved.

Those who knew and loved Irene will remember her as a kind and gentle woman with the warmest of hearts and a smile that could light up any room.

MANERA, Giulio - (15-year employee of TTC) - Passed away peacefully comforted by the love of his family on September 24, 2021 at Toronto General Hospital. 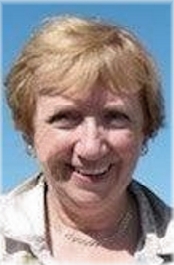 It is with great sadness that we announce the sudden passing of Elizabeth Blue on September 23, 2021 in her 79th year.

Betty is survived by her loving husband Alan and her children Stephen (Christine) and Jennifer, grandson Max and sister Janice Kerr.

Predeceased by her mother Bessie Murdoch and sister Helen Koneilly.

Known for her kind heart and loving nature, she will forever be in our hearts.

In accordance with her wishes, there will be no funeral.

Thank you to Betty's care team at Lakeridge Health. 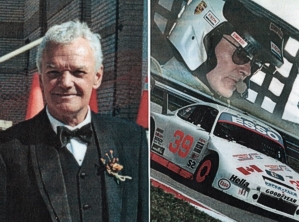 Passed away peacefully Wednesday evening, September 8, 2021 in Oshawa, ON.

Rudy was born on February 2nd, 1936 in Bonn, Westphalia, Germany where he trained as a class A auto mechanic at Fleischaur, Germany.

Rudy arrived in Canada in 1957, accepting a position at Volkswagen Canada.

After leaving Volkswagen Canada he worked for several years in California. 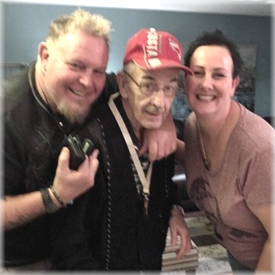 Passed away peacefully in his sleep, at Thornton View Nursing Home on Wednesday, September 22nd, 2021 at 12:17 a.m.

He is predeceased by his beloved wife of many years, Gwendoline Gagnon, as well as many of his siblings, Henriette, Reynald, and Edna.

He will be dearly missed by those who survived him, his siblings Jeanette and Alcide, along with his children, Lee Gagnon and Lisa (Mark) Parzanese.

He was a beloved husband to Mira Gajich.

It is with a heavy heart that we announce the passing of our beloved mother Rita Caffrey.

Loving wife of 62 years to Colm.

GIBSON, Jim - (Retired from Dupont Canada)  After a short illness on Wednesday, September 22, 2021 at the Oshawa Hospital, at age 77.

KIM, Hung Sik Kim  - (John to his friends)   -  Passed away Sept 22nd at his home completing the full life of an unassuming man.

Fleeing North Korea as a child, John chose to travel Europe before coming to Canada.

Initially working construction, he became an independent Taxi owner of 40 years before retiring due to COVID-19.

STEVENS, Jean Stevens   -  It is with heavy hearts that we announce the quiet passing of Jean Stevens (nee Turner) on the evening of September 21, 2021, at Oshawa Hospital.

Born in Amherst, NS he was the son of the late Raymond Simpson and Marion Smith.

OBRIST, Fridolin Johan   -   It is with great sadness that the family of Fridolin (Fred) Obrist announce his passing at Bowmanville Memorial Hospital on September 21, 2021 at the age of 96.

The loving husband and best friend of the late Lily Rose (2020), married 68 years.

She is survived by her four children: Mark, Cheril, Jennifer and Carrie and predeceased by her son Grant and two grandchildren Nicole and Ian.

ABBOTT, Mark - loving husband to Anne, father to Ben, Thomas, and Stephanie, who he bragged about to everyone he knew.

Mark was a grandfather to 5 young grandkids, sharing in the excitement of each new addition by showering them in love.

Passed away surrounded by the love of her family on September 22nd, 2021 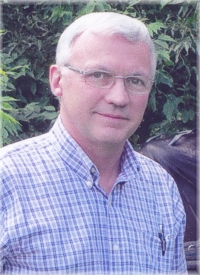 McKEOWN, Lawrence William  -  Passed away peacefully to eternity after a battle with cancer at the age of 67 on Monday, September 20, 2021, at home with family by his side.

Predeceased by his brother Gerard, his stepmother Betty Jane Allin and his father-in-law Georges Morneault. 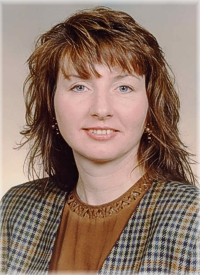 SIMPSON, Janet Jeanne - We are saddened to announce the death of our sister Janet on August 19, 2021.

Janet was predeceased by her parents James Simpson and Jeanne (Thompson) Simpson.

She also leaves many nieces, nephews, extended family and friends to mourn her passing.

SCRIVEN, Olga Maria Antunes Saragaco   -  Passed away peacefully, at Hillsdale Estates in Oshawa, on Monday, September 20, 2021, in her 61st year.

Loving mother of Andrew (Julie) and Carl (Deborah) and mother in law of Gail Perry.

McVEAN, Shirley Evelyn McVean   -  Passed away on September 19, 2021, in Oshawa Ontario after a short battle with cancer.

Shirley was born on April 4, 1944 in Trinity Bay/Random Island Newfoundland.

SPICER, William George   - Passed away at ThorntonView on Sunday September 19th, 2021 at the age of 76 years.

Dorthey was the beloved wife of Bill Fountaine of 61 years.

Daughter of the late Ralph and Phylis Tilley.