RANKIN, Tammy-Lynn Rankin  - Attended by her father, brother, friend Deanna & her boys, Tammy entered into a rest that life never afforded her, while holding Paul’s hand on Monday May 20th, 2019 at Lakeridge Health Bowmanville at the young age of 48. 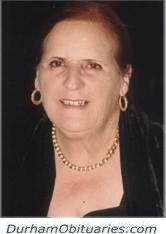 Passed away surrounded by her family at Lakeridge Health Ajax on Monday May 20, 2019 at the age of 77.

Maureen will be missed by her husband Raj Mosur.

HUTCHINGS, Mary Ann  -  Peacefully passed away at Strathaven Nursing Home on Monday, May 20, 2019 with her daughter at her side.

Predeceased by her son Bruce and brothers, Steven and Sam. 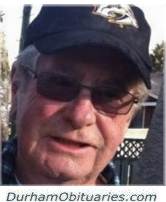 Beloved husband of Larraine for 54 years. 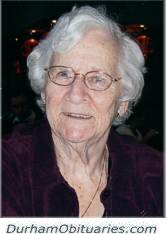 Passed away peacefully surrounded by the love of her family on May 20, 2019.

Beloved wife of the late Patrick.

Clara was a loving mother, cherished Nanny, dear sister, beloved aunt and dear friend to many. 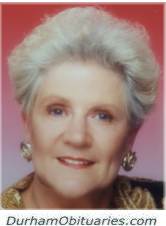 CONNELL, June Ruth  - With an abundance of love surrounding her, June Connell passed away on Monday May 20th, 2019, in her 87th year.

June was predeceased by her one and only true love Thomas William Connell. 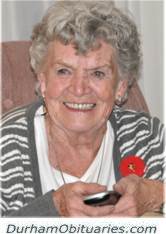 CAMILLERI, Paulette (Gregory) – Passed peacefully on Monday May 20th, 2019 at The Scarborough General Hospital after a hard fought battle with liver and kidney disease.

Paulette, loving wife of Noel, proud mother of Jennifer and Jason, and beloved nanna to Brooke.

After a long and truly valiant battle with liver disease, Mark died peacefully on Monday, May 20, 2019 at Markham Stouffville Hospital at the age of 56. 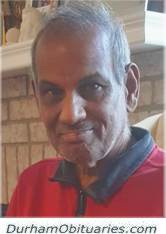 He peacefully passed away while vacationing on the island of Antigua with his family by his side.

He was the 7th child of 14 children, uncle to 30 niece's/nephews and great uncle to many.

Nan will be deeply missed and fondly remembered by all of his family and friends.

Oh what a life, being raised in the depression, serving overseas in WWII, teaching, marrying the love of her life Ron, travelling the world, raising three children, Dave, Sheri and Pat. 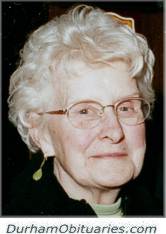 COTTON, Helen May  - Passed away peacefully in her sleep at the age of 87 on May 19, 2019 at Centennial Place Long Term Care, Millbrook.

Beloved wife of the late Alec.

Loving and devoted mother of Marilyn, Bryan and Doug.

Helen was a dedicated, strong, loyal and loving woman-her family meant everything to her. 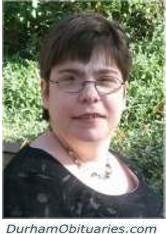 HEAP, Carolyn Estelle  –  Peacefully on Thursday May 16, 2019 at Mackenzie Health in Richmond Hill, at the age of 40.

Beloved daughter of Megan Heap and her husband Bill Palmer, and the late Jerry Heap.

Dear sister of Gordon Heap, and cherished aunt of Trent and Sydnie. 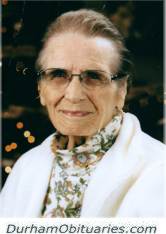 Beloved Mother of Phillip (Donna), and the late Christopher.

Loving Grandma of Michael and Kristen.

Great Grandma of Preston, and Madeline.  Survived by her sister Bonnie.

Audrey will be lovingly remembered by her nieces, nephews, family and friends. 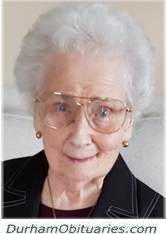 STOCKTON, Marion Georgina (née McGowan)  –  Peacefully on Saturday, May 18th 2019 at Lakeridge Health Oshawa at the age of 100.

It is with great sadness that the family announce that Mitch passed away at home with his wife and daughters by his side after a short but ugly battle with Cancer. 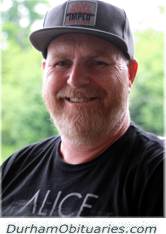 SKITCH, Brian Christopher  - Passed away at his home with his family by his side on Saturday May 18th, 2019 at the age of 49.

STAMP, Shirley Jean (nee Clayton)  -  Passed away peacefully at Lakeridge Health Oshawa on Saturday, May 18, 2019 with her children by her side.

TIMPERLEY, June  - It is with great sadness that we announce the death of June Timperley at Lakeridge Health Oshawa in the morning of May 18th, 2019 at 7:42am.

Cherished daughter of Rudolfo and the late Elvira. 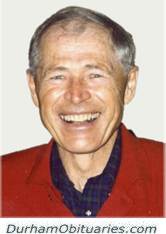 LANGMAID, Jack Alan  - Jack died peacefully at home with his family by his side on May 17 at the age of 93.

A mentor, hero and good-humoured companion to family and countless friends over the years, he passed away three months after the death of Ruth, his beloved wife of 70 years.

DAWSON, Aileen Elizabeth Dawson  - Peacefully, on Friday May 17, 2019 at Cedarwood Village in Simcoe, at age 94. 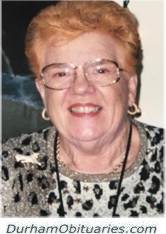 ETMANSKI, Margaret (Peggy)  -  Passed away peacefully at Villiage Of Taunton Mills on Friday May 17, 2019 in her 92nd year.

Sadly missed by her grandchildren Jay, David, Dianne and April. 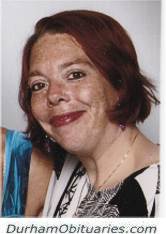 BOWLER, Darla Lee-Ann  - Darla passed away peacefully at Sunnybrook Hospital in Toronto on Friday May 17th, 2019.

Loving daughter of Debbie and Gary; Leonard and Monika. 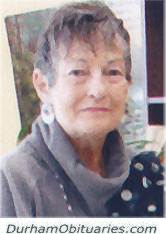 Loving mother of Dan and the late Derek. 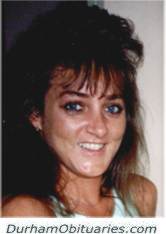 Diane, beloved daughter of June and the late George Murphy.

Much loved sister of Lori and Cathy.

Cherished aunt of Jazmine and Carly. 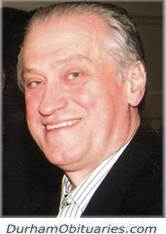 PETROVICH, Mladen  - Passed away at Lakeridge Health Oshawa on Thursday May 16th, 2019 at the age of 68.

Survived by his mother-in-law Luba Laslavich.