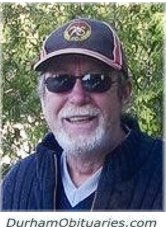 PICKERING, Robert H.  - It is with great sadness that we announce the sudden passing of Robert H. Pickering Sr. at the age of 67.

He passed away peacefully in his home on September 28, 2018.

He will also be fondly remembered by Debby, mother of his children and Domenic, father of his grandchildren (Cameron and Christian).

His love of rock music was apparent. He was very fond of trips to the race track. His children have many memories of camping at their trailer in Nestle Inn Park (Dunsford, ON). Robert will be remembered for his kind heart, great sense of humour and love for his family.

The family would like to send a special thank you to the people at Cornerstone in Oshawa for their loving care and support. In lieu of flowers donations can be made to Cornerstone, 133 Simcoe Street South, Oshawa, ON.

Friends may call at the  ARMSTRONG FUNERAL HOME 124 King Street East, Oshawa for a Funeral Service on Thursday October 4th 2018 at 7pm, visitation will be held one hour prior to service time, starting at 6pm.