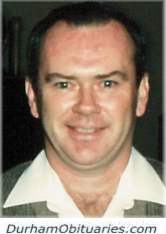 McCALLUM, Robert “Bob”  - It is with profound sadness that we announce Bob’s passing on November 25, 2018 with his family at his side.

He will be dearly missed by his wife and best friend Anne, loving child Amy, and his dear brother Ian.

He will be forever cherished in the hearts of his friends Roger and Penny Fountain, as well as many others within motorsport.

Bob was the longest standing President of the British Empire Motor Club (BEMC), competitor, car constructorand race official. Bob was a big part of Formula Ford racing here in Canada and a fantastic source of knowledge to anyone who asked.

If desired donations may be made to the Princess Margaret Foundation, North York General Hospital or a charity of choice.