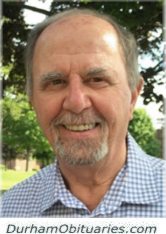 MCKENZIE, John  - Passed away peacefully at Sunnybrook Health Sciences Centre on April 9, 2019, at the age of 71.

John will be sadly missed by his extended family and friends.

John was born in Glasgow, Scotland and emigrated to Canada in 1973. He eventually settled in Whitby where he and Liz raised their family.

Many thanks to the wonderful doctors, nurses and PSW's at Sunnybrook who cared for him over the last year.

Funeral service to be celebrated in the Chapel, on Tuesday, April 16th at 11 a.m.

In lieu of flowers, donations to Sunnybrook Health Sciences Centre Trauma Unit would be appreciated.