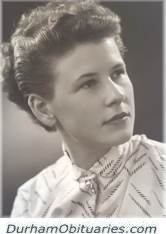 GATI, Johanna Maria, (nee van der Leest)  -Johanna died peacefully at the age of 81 on May 13, 2019 after a courageous battle with lymphoma.

Johanna was predeceased by her brother Jo and sister Irene.

She is survived by her sister Mia and her brother Wim (Anne).

Johanna was the adored Great-Oma to Callum, Brady, Emmett and Oliver.

Born October 5, 1937 in Holland, Johanna decided to leave her home at the age of 20 and build a life in Canada.

She settled in Oshawa where she met and fell in love with Joe. For 59 years the two crafted a wonderful life together. Johanna cared for her husband and children with tremendous love, strength and wisdom.

Kimmy and Joey were Johanna’s great pride and joy, and in them she leaves an enduring legacy. Nothing gave Johanna greater happiness than the relationships she cultivated with her grandchildren Michelle, Brianne, Carley, Sam and Ben — always steadfast with her love and support.

Retiring from GM at the young age of 54, Johanna lived-the-dash and pursued many personal and social interests for the next 27 years.

She was an avid golfer and took great pleasure in being outdoors amidst the rolling greenery of the links. Johanna also developed her artistic side, always the student, always improving.

She would happily lose herself for hours in front of her easel, painting scenes of nature she was so fond of. Our Oma, our Mom, our Johanna will be missed beyond measure.

A private celebration of her life will take place for family only.

In lieu of flowers, donations can be made in Johanna’s name to The Leukemia & Lymphoma Society of Canada (www.llscanada.org).