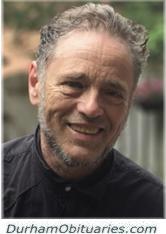 Adored grandfather to Nathaniel and Aden.

Cherished brother “Wim” to the late Hubert and to John (Rochelle), Els (Pierre), Andy (Sonia), and Paul (Fran), and brother-in-law to the late Ronald (Marie) and Stanley (Joanne). Fondly remembered by many nieces, nephews, cousins, and dear friends.

Born in 1942 in Maastricht, Netherlands to John and Wilhelmina (Nuyens) Spekkens, his family immigrated to Canada in 1951 and settled in Ottawa.

He completed degrees in civil and structural engineering and worked as a professional engineer all of his life, notably at Dominion Bridge in Montreal and at the Canadian Nuclear Safety Commission in Ottawa.

For 34 years, a riverfront property near the village of Chute-à-Blondeau, affectionately called “Eleven Oaks”, served as his home, the site of many gatherings of family and friends, and the focus of his landscaping and architectural projects. In retirement, he threw himself into his many hobbies, particularly blacksmithing and wood-working, and was an active member of the local horticultural and nature societies.

He moved to Oshawa in 2014 to be closer to his beloved grandchildren, who idolized him. He was a man of fierce independence and strongly held ideals.

A sharp intellect with a creative spirit. Though he was by nature reserved, he expressed his love through his labours — a rewired light fixture, a felled tree, a handcrafted wooden toy — of which he always gave generously. He will be greatly missed.

A celebration of life will be held on August 10th at DESTEFANO FUNERAL HOME, 1289 Keith Ross Drive, Oshawa from 3 to 6 pm with tributes starting at 5pm.

Memorial contributions may be made to the Vankleek Hill Nature Society or to Diabetes Canada or by planting a native tree.