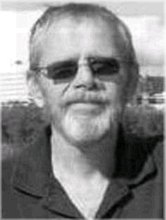 BUNT, Robert Gordon (Bob)  - Died in his sleep at Lakeridge Health Ajax and Pickering Hospital in the morning of August 4, 2019.

His working career was mainly in the automotive sector, variously with Honda, Yamaha, Daewoo and Mazda. In his retirement years, he moved to Whitby and drove a school bus for First Student, where he was especially fond of helping special-needs students. He enjoyed good times with his neighbours on Goldring Drive and developed fine friendships with his fellow drivers.

Bob is survived by his daughter Darron (in Connecticut), his brother Rick (in Saskatoon) and his niece Andrea (in Winnipeg). He was predeceased by his parents, Bruce and Hattie.

In lieu of flowers, donations can be made to Special Olympics Canada.