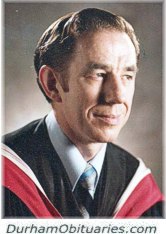 Greatly admired uncle to many for his appreciation of science, space, board games, firework displays and hosting yearly parade celebrations.

In lieu of flowers, donations may be made to Parkinson Canada or the CHARITY of your choice.