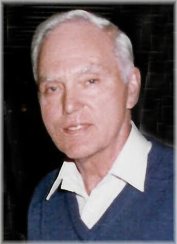 Passed away at Lakeridge Health Oshawa on April 21st, 2020, he bravely fought the progress of dementia for the last 5 years.

Left to grieve are his beloved wife Sheila, his daughter Lori (Bob) of Burlington and son Phil (Kathy) of Enniskillen.

Will be missed by his grandchildren Natalie (Tetsu) of Toyko, Japan, Dr. Taylor Richardson (Seth), Emma (Bryson) of Colbourne and Eric.

Bill was born on April 12th, 1934 in Kamsack, Saskatchewan and is the youngest of 5 children of Frank and Sally Joynson.  He will be remembered by his sister Glynis (Vin) and predeceased by his siblings Harvey (Eve), Gwen (Leslie) and Marg (Paul).

He met Sheila in Staffordshire, England when she was 16 and he was 19. After living in England, he returned to Canada when he was 20 and started working when he sent for Sheila and they were married in Toronto in 1955.

He was a private and wonderful man he had many friends and relatives in Canada and England.

A heartfelt thanks to all who helped over the past 6 months, Queen Elizabeth PSW’s, Paramed nurses and PSW’s and all the caring nurses at Lakeridge Health who made his last days more comfortable.

We would also like to thank Deb and Adrianna of the Elder Abuse Durham Police Dept., and a Special Thank You to Michelle of the Alzheimer Society of Whitby.

We have said the last of our long goodbyes and he is at peace now.

Memorial donationsto Doctors without Borders, UNICEF or Oxfam would be appreciated.

Condolences may be left at courticefuneralchapel.com.