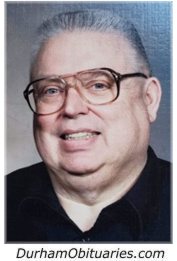 Richard leaves behind his wife of 49 years, Lorraine (nee Nicholle), his daughter Nicholle Stanisz, her husband Mark and was fiercely proud of his three grandchildren: Matthew and twins Emily and Sarah.

Richard also leaves behind his sister Jane Ross, her husband Grant and their children Jennifer, Heather and Catherine, along with their families.

He leaves behind niece Emma Barrie and son, nephew Robert Barrie and children, and predeceased niece Effie Foreman (all three were children of Louise and Doug Barrie (sister-in-law and brother-in-law), who are also predeceased.

His father Harry Avery was a CIBC bank inspector and mother Madeline (nee VanWyck) minded the home - both predeceased Richard.

Richard had a kind and gentle heart, mixed with a wonderful sense of humour and was blessed with a bountiful store of information he could summon at will.

But it was his unmistakable voice that made him shine in his career. For decades, Richard was part of the bedrock of Canadian media and he retired from Broadcast News in Nov. 1996, capping off an illustrious career of 36-plus years.

He began working as a messenger with Broadcast News in 1960 and was described as a 'clean-cut, well-mannered and intelligent young chap.'

He quickly moved to editorial and soon became one of the most respected news editors in the company. During his retirement dinner, icon after icon in the news industry paid tribute to his work and career.

Comments from his colleagues during that retirement dinner emphasized the impact he had mentoring younger staff. Positive, creative, loyal, caring, supportive, dedicated, encyclopedic knowledge, experienced - these were all terms that came up over and over to describe him.

One friend simply summarized him thus: 'Richard was the guy who knew everything.' Richard was an ever-hopeful Chicago Bears fan, loved to watch their games, owned an extensive assortment of Bears fan gear and shared sports talk with his grandson - who also became a Bears fan - and Richard would often host Super Bowl parties.

He spent countless summers at his trailer at Camp Hillbilly, in the Muskoka region of Ontario, entertaining family, friends and colleagues throughout the years. And he could sing with that marvelous voice.

Richard was a lover of classical music and sang for years along with his wife in the choir with the Blythwood Road Baptist Church and later the Yorkminster Park Baptist Church in Toronto.

He also had a love of military air force history, and if you ever visited his home, you would see entire walls adorned with paintings and prints of Spitfires.

Richard purchased his childhood home in North York and in later years moved with Lorraine to Clarington to be nearer to their daughter and family.

Special thanks to kind and compassionate nurse Gini on 7C and the nurses on the Dialaysis Unit Pods B and C Lakeridge Health Oshawa.

In lieu of flowers, the family has requested donations be made to the Kidney Foundation of Canada.

Finally, a quote by Richard from his farewell post on the BN wire in 1996: