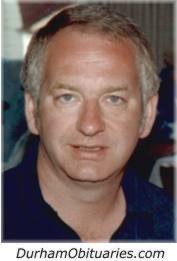 It is with extreme sadness that the family of John Richard (Rick) Campbell announces his passing at Lakeridge Health in Oshawa on January 23, 2021 at the age of 74.

Born in Nova Scotia on May 6, 1946, he was the son of the late Major John (Jack) Erwin Campbell and Frances Louise Campbell (Allen).

Rick was raised in Yarmouth, Nova Scotia, where he spent his school years.

Rick enjoyed his 2 granddogs, Guinness and Whiskey and had a lot of time for them and they for him.

Rick was employed by the Bank of Montreal for many years and retired from there when he was 70 years old.

He began his career in Nova Scotia and held positions in New Brunswick, Quebec and Ontario.

While living in Montreal, he was attached to the Inspection Department and a fair amount of travelling was involved. including a 3 week trip to England and Germany.

In his younger years he enjoyed golfing and was always up for a game, and of course a nap afterwards.

Arrangements are in the compassionate care of  W.C. TOWN FUNERAL CHAPEL. There will be a private family interment.

Donations in memory of Rick can be made to the Canadian Cancer Society.

Online condolences may be expressed online at  wctownfuneralchapel.com .