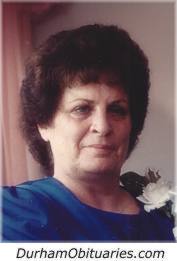 Passed away peacefully on Thursday, January 28, 2021 at Lakeridge Health Oshawa.

May will be fondly remembered my many nieces, nephews, cousins, extended family and friends. Due to Covid-19 private funeral arrangements have been made.

A Celebration of Life will be held at a later date.