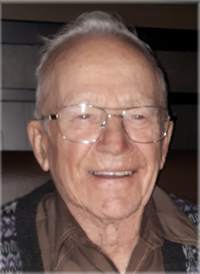 It is with great sadness that we announce the passing of Jack Weber on May 8, 2021, after a brief struggle with cancer.

Jack was the beloved husband of Barbara for 64 years.  Dear father to Cathy, David, Carol and Anne (Rick), and loving Grandpa to Whitney, Shelby, Carly, Rachel and Aiden.

Jack, son of Ignatz and Anna Weber, was born in Barthel, Saskatchewan on January 17, 1931.

He is survived by his brother Charlie Weber (Audrey) of 100 Mile House, BC, and is predeceased by his sister Ludvina Aschenbrenner (Carl), brother Joe Weber (Annie), brother Alois Weber (Joy), and sister Elizabeth Pendergraft (Gerald), all of British Columbia.

Jack grew up in Osoyoos, BC, working on the family farm and moved to Ontario in 1955 where he met Barbara at a dance in Toronto.  Jack and Barb were married in 1957 and settled in their first home in Oshawa.

They later moved to Whitby where they raised their family until 1989, when they moved to their current home in rural Oshawa.

After retiring from General Motors, Jack returned to his love of farming on their 10 acre farm and operated “Weber’s Pick Your Own Strawberries” from 1982 to 1996.

Jack was happiest celebrating family occasions together, dancing with Barb and their friends at the fiddle club and seniors’ dances and working outside in his fields and vegetable garden.

The family thanks all those who have extended their love and support during this difficult time.

Cremation has been entrusted to W.C. TOWN FUNERAL CHAPEL , Whitby.

Memorial donations may be made to the Lakeridge Health Foundation, the Canadian Cancer Society or to a charity of your choice and condolences may be expressed online at wctownfuneralchapel.com .