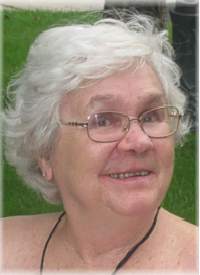 It is with deep sadness that we announce the passing of our dear mother - Donna-Jean Lohnes, of Oshawa, Ontario.

She peacefully slipped away at the Oshawa Hospital on Wednesday, April 14th, 2021 (two days shy of her 84th birthday).

Donna-Jean was born in Kapuskasing, Ontario (on April 16th, 1937) to the late Bill and Vera (nee Wiggins) Smith.

She was fiercely devoted to her family and is already profoundly missed by her daughters, Lianne Lohnes (Ian Toomer) and Joanne Lohnes (Francois Ouellette).

Donna's grandchildren, Cara and Sarah Ouellette (of Ottawa) knew her as a sweet, endearing Grandmother.

Her sisters-in-Law, Barbara Robb (nee Lohnes) and Lindy Ducker (nee Lohnes) have many  poignant  memories of Donna, and her nephews (David and Gregory Ducker of Kitchener) remember her with fondness.

Donna was predeceased by her older brother Dale Smith (in 1945 during the last days of WWII) and and by her beloved husband of 58 years, Gerry (Gerald) Lohnes of Kitchener (1935-2018).

Her remains were cremated, and according to her wishes will be disposed of in tandem with Gerry's.

There will be no service at this time but (Covid permitting) a celebration of life will eventually be planned.

Having grown up in northern Ontario, Donna moved south to Toronto at the age of 18 where she completed her post-secondary education. Upon graduation, she quickly landed her first job, in the lab at the Oshawa General Hospital.

It was there, in Oshawa, that mom met and married her great love - Gerry Lohnes.

Together they bravely endured injury, long distances and illness but through it all they always had each other.

As a full-time career woman, Donna balanced her work-life with a family-life that was filled with generosity, love and devotion.

She raised her daughters in faith, hope and charity and encouraged them always to follow the Golden Rule.

One way Donna's exceptional character and huge heart were typified was in the way she became a mentor and "mother of the heart" to almost all of her daughters' close friends. She and Gerry thoroughly enjoyed being close to nature and wildlife - always believing in being good custodians of our planet. In her off-hours and retirement years, Donna  gave her time and energy to numerous causes and organizations.

In particular, she and Gerry became officers of the "Order of the Eastern Star" and were pioneers of conservation and recycling in the Durham  region.

Known for sharing her time, intelligence, wit and wisdom with various political races, Donna was a truly proud Canadian, she believed in "Grass Roots" and the importance of  "Think Globally -Act Locally".

Condolences and memories of Donna (and Gerry) will be gladly received and greatly appreciated by Lianne and Joanne - please feel free to reach out and contact them.

"Once a bright spot in many lives - now a shining star in the dark night skies"  Donna-Jean's dry humour, stimulating conversation, vivacity and easy laughter left their mark on the hearts of everyone who knew her.