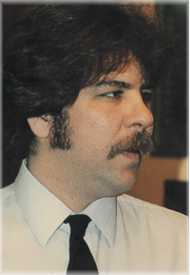 A Celebration of Life will be arranged at a later date.

Words of a dear friend Reuben;   “ For those of us lucky enough to have known him, Bill Spencer gave off the appearance of being a gruff and bellicose old grouch, but behind that veneer he was an eloquent old grouch, angry at the injustices of the world, and not afraid to tell anyone who’d listen (and a few who wouldn’t).

Whether the topic was global or local, Bill never showed any fear and would weigh in with his worldview.  He was blunt and had a vocabulary of a thesaurus.

When he was on your side, you’d never find a better friend or comrade.

He was a warm grandfather and father who loved his family, and he was a wonderful husband to Gail.  He was a mate that you’d want to have in your foxhole.

He’ll be missed greatly by those of us lucky enough to know him, and in his absence the world will be just a bit more impoverished than it was yesterday”.

Donations in memory of Bill can be made to a  CHARITY of choice.