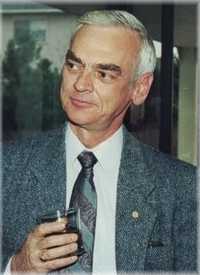 Laurie was the only child of L.G. Douglas Scott and Gladys May (née Clark) – both deceased.

Laurie served in the O.P.P. (Ontario Provincial Police) for 31 years before embarking on a second career, first 6 years with Brinks and then 10 years with Durham Transit.

Laurie was an avid reader who enjoyed January vacations in the Dominican Republic.

He had both his private pilot’s and sailing licenses.

He is survived by Margrith Petermann his wife of 35 years and three children from his first marriage, Craig (Kimberley), Mark and Jillian.

In accordance with Laurie’s wishes cremation has taken place and there will be no funeral.

A celebration of life will take place at a later date.

And if desired donations in Laurie’s name can be made to the Canadian Cancer Society or the Canadian Wildlife Foundation.