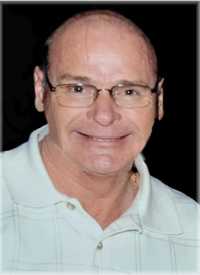 It is with great sadness that the family of Harold “JC” Tremblay announce his passing on June 24th, 2022 at Lakeridge Health Oshawa.

Retiring November 2001, becoming a member of the Fraternal Order of Police.

Harold “JC” met the love of his life Barbara nee: Tilling in 1970 and were married October 14, 1972, about to celebrate their 50th wedding anniversary this year.

Barbara and Harold “JC” moved to Oshawa in 1974 and started their family having 2 sons James and Stephen Tremblay.

James married Lori and Stephen married Megan, which gave him his 2 daughters who were very special in his heart.

Harold “JC” was such a proud poppa of his cherished grandchildren; Riley, Jacob, Jack, Ella and his close companion and best buddy, Samurai.

He was not just their Poppa, he was their hero. He could always be counted on, driving them to work, and spoiling them with whatever they needed.

Poppa never missed a hockey game, practice, sporting event, traveling to tournaments and school activities for all his grandchildren.  Predeceased by his parents Harold and Celeste Tremblay, his brother’s Jeff and Paul Tremblay.

Harold “JC” loved to travel with Barbie (as he fondly called her) particularly to Florida (The Destin Group) Walt Disney World, multiple cruises and many other destinations.

He was there for anyone who needed him and never missed a Repatriation Ceremony along the “Highway of Heroes” to honor our soldiers coming home.

He loved the game of hockey coaching and played with the Whitby Men’s Hockey League as a goalie until 2020 and he kept his Toronto Maple Leaf “Leaf Tree” to honour his favourite team.

Funeral arrangements entrusted to COURTICE FUNERAL CHAPEL , 1587 Hwy #2 Courtice, Ontario. Visitation will be held on Tuesday, June 28th from 5:30 p.m. - 8:30 p.m. Funeral Services held in the Chapel on Wednesday, June 29th at 11:00 a.m. with visitation 1hr prior to service.

The Funeral can be viewed via Livestream using the following link:  https://funeraweb.tv/diffusions/56258  Reception to follow.

condolences may be made at courticefuneralchapel.com .

In lieu of flowers, memorial donations can be made to Grandview Children’s Foundation or Sick Kids Hospital Foundation.