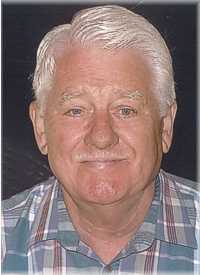 It is with heavy hearts that the family announces the passing of Kenneth Roocroft.

He passed away peacefully in his 89th year at Lakeridge Health – Ajax Hospital.

Kenneth was the beloved and devoted husband of 68 years to Betty Roocroft.

He is survived by his son and namesake, Kenneth Roocroft Jr. (Patty) and his cherished daughter, Lynne Eibich. His memory and legacy will live on through his grandson James (Nicole) Roocroft; granddaughters Jessica Roocroft, Sarah Eibich (Paul Gerditschke) and Elaina Eibich (Chris Smith); great-grandchildren Lilian, Addilyn, Emma and Amelia.

He will be lovingly remembered by his sister, Edna Kelly and countless other family members in England.

Over the decades Kenneth and his sweetheart Betty could be found gracefully gliding across the dancefloor performing their favourite dance moves including ballroom dancing, the jive and cha-cha.

He enjoyed the game of cricket, reading a good book, and solving Sudoku and crosswords puzzles. Some of his guilty pleasures included cheesies, specifically Cheetos, and giving whisker rubs.

A funeral service will be held on Friday July 15 at SIMPLE ALTERNATIVE FUNERAL CENTRE - PICKERING , 1057 Brock Road, Pickering at 2:30pm, with a visitation one-hour prior.

Following the service a memorial reception will be held at the funeral home.

In honour of Kenneth’s memory, donations may be made to the Heart & Stroke Foundation.