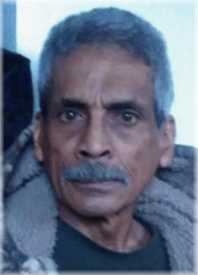 Some people only walk this earth for a short time.

Their departure reminds us that angels are watching over us.

He immigrated to Canada in search of opportunity & success as a young man.

Shortly after he met his beloved wife, the late Margaret Anne Vanden Heuvel.

They had two sons, Nathan & Justin.

Richard lived his life to the fullest!

Was always known to have a smile on his face, and a happy spirit.  To say he was the life of the party would be an understatement, it was more like he was the party.

His easy-going spirit made him the most likeable guy.  Anyone who crossed his path was a friend for life!  Loved to fish and being on the water.

We’re certain he’s watching over us while he continues to do what he loved to do, fishing, his family & being the life of the party.