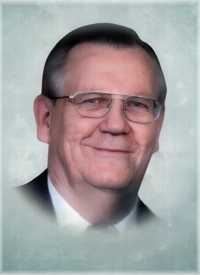 It is with heavy hearts we announce that D. Murdoch Robertson passed away peacefully on Sunday August 21st, 2022 at Georgetown Hospital in his 89th year.

He is now united with His Saviour as well as his daughter and granddaughter.

Loving brother-in law to Peggy (late John) Robertson of Peterborough. Growing up in Ottawa, Murdoch’s first love was baseball until he met Eleanor in 1957. He earned his BSc (Eng) from Queen’s University ’61.

His engineering career spanned over 3 decades with both the Ministry of Highways (now MTO) and the City of Oshawa where he retired as Commissioner of Public Works in 1995.

He and Eleanor planned to spend their retirement travelling. However, after a life altering injury in 2002, he spent the rest of his retirement enjoying his family and continuing to live out his faith in Jesus through witnessing to others and service at the Oshawa Salvation Army.

Funeral Service will be held in the Chapel on Saturday, August 27th at 11:00 a.m.

Service will be live streamed and can be viewed at the following link:  https://funeraweb.tv/en/diffusions/59363  Interment Thornton Cemetery.

In lieu of flowers, memorial donations to SickKids Kathryn’s Krop 4 a Kure http://fundraise.sickkidsfoundation.com/kathryn or the Salvation Army, would be greatly appreciated by Murdoch’s family.