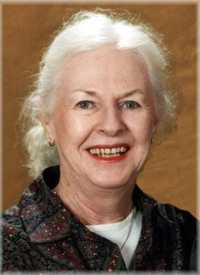 In her 84 year, passed away on Saturday August 20th, 2022 at Fieldstone Commons after a lengthy battle with dementia.

Nora was predeceased by her parents, Charles O'Hara and Rita Sedgewick, her beloved husband of 48 years, John Kelly and her Granddaughter Shannon Kelly.

Nora was born in Scarborough and moved to Markham Ontario to raise her family after marriage.

A home maker when her children were young she volunteered extensively with the Catholic Women's League and at her children's schools before going on to act as a bookkeeper for her husband's business.

Nora enjoyed spending additional time on the golf course and quickly became one of the senior women's champions of her club. Nora also was a gifted artist and was a member of many art groups and had her paintings shown throughout Muskoka. She loved spending time with her grandchildren and her beloved dog.

A special thanks to the staff at Fieldstone Commons for all the care and support they provided to our Mother and Grandmother over the years.

A private family service to take place. Fond memories and expressions of sympathy may be shared at oshawafuneralservices.com for the Kelly family.