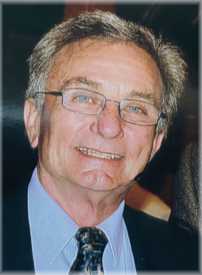 The family of Robert “Bob” Neil MacKellar is saddened to announce his death after a lengthy illness.

Bob was predeceased by the love of his life, his wife Mary (nee McCormack) in 2012.

Born to Neil and Gwen MacKellar in Toronto, Bob is the oldest of five siblings who miss him already.

Bob’s a great uncle to Heidi and Harry Kirms, Everly Simpson, Matilda Laudrum Brolley, and Olivia Fogarty. He will also be missed by his Aunt Barbara Cameron, cousins, friends, and Grace, his pet schnoodle.

Born in Toronto, his love of the outdoors took Bob, at the age of 16 from work surveying in the bush in Ontario to a successful career in construction management.

They moved from Markham to Aurora in 1986, where they lived the rest of their lives.

Bob was a loyal Toronto Maple Leaf fan, cheered the Toronto Blue Jays, and joined the boys for the annual Crapathon in Florida.

He was a joyful prankster, nickname inventor, road trip buddy, animal rescuer, community volunteer, and the kindest most gentle soul you could ever meet.

Condolences may be offered at  etouch.ca .