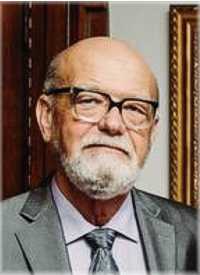 Jim McClelland passed away with his family by his side on Sunday, September 25th, 2022, at the age of 68.

Beloved husband of Nancy for 44 years.

Predeceased by his parents Dorothy and Douglas.

Jim was a respected member of the Toronto Police Services, where he first began his career in August 1974 with 51 Division as a Cadet and later Constable at 42 Division.

He was also part of both Intelligence and Hold Up units. After leaving the Toronto Police Services he went on to hold positions at the LCBO, Emergency Management Ontario, and eventually retired from Metrolinx in 2018.

He was well liked by his colleagues, peers, and supervisors, and demonstrated a true commitment to serving and protecting his community. In retirement he continued his commitment to others as a volunteer with the Cardiac Rehabilitation Program.

His love for life extended towards being outside enjoying all types of weather.

He loved caring for his grandchildren, Nevaeh and Gracie and taking them on many different adventures which included long bike rides, nature walks, and bird watching.

In his retirement he enjoyed taking long bike rides through the neighbourhood as well as Heber Downs. His ventures through many Conservation Areas produced stunning wildlife photos that he loved to share with family and friends.

Memorial donations may be made in honor of Jim McClelland to the Heart & Stroke Foundation.