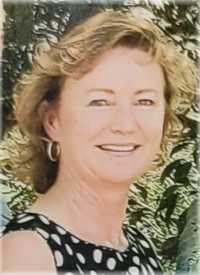 It is with heavy hearts that we say goodbye to our loving and much loved sister Joan after a brief battle with cancer.

She is pre-deceased by her parents, Gerald Donoghue and the former Mary Mulrooney as well as her brother Barry and her brother-in-law Mario.

Joan was born and educated in Kingston.

She lived and worked the majority of her life in Ottawa. Joan will be fondly remembered by her many friends, clients and co-workers during her decades in the printing industry with Tyrell Press, Dollco Printing and Lowe Martin.

In her leisure time she could always be found, or longed to be, on the golf course. Joan joined Rideau View Golf Club in 1987 and served on their board for fourteen years, two as president and two as past-president.

Many of her vacations took her to golf courses in interesting locales, sometimes planned but often as a side bar.

Joan’s family would like to thank the many doctors and caregivers of Ottawa General Hospital, Maplewood and Lakeridge Health Oshawa.

Joan would like to thank the people, you know who you are, who shared in her life and created so many great memories that she takes with her.

In keeping with Joan’s wishes, cremation has taken place and a celebration of life is planned for family and friends on October 7th. Internment will take place at a later date at Annunciation Cemetery, Chippewa, where she will rest from this journey alongside her parents.