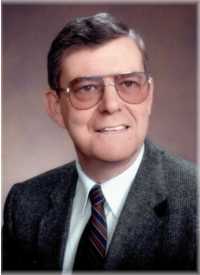 Beloved husband of Grace for 66 years.

Predeceased by his brother Jack. Bill will be fondly remembered by his extended family and many friends.

Bill worked for Bell Canada for 31 years and spent a year working in Saudi Arabia.

He was a former member of the Telephone Pioneers of America, after retiring from Bell he worked as Real Estate Agent for Frank Real Estate and he was also a previous broadcaster with CKLB/CKQT.

Bill enjoyed cruising and spending winters in Florida with his wife and family.

Funeral Service will be held in the Chapel on Wednesday, October 12th at 1:30 p.m. Interment at Thornton Cemetery.

Memorial donations to the Parkinson Foundation or Heart and Stroke Foundation would be appreciated.

Fond memories and expressions of sympathy may be shared at  oshawafuneralhome.com .