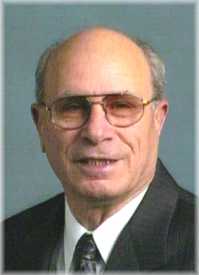 Passed away peacefully with family by his side at Lakeridge Health Oshawa on Saturday, October 22, 2022 at the age of 90.

Son of the late Pietro and Antonina Margherita Busciglio of Bivona, Agrigento, Sicily. Predeceased by his sister Rosa, and brothers Stefano and Carmelo.

Salvatore will be deeply missed by all his family and friends.

He was a long time member of the Oshawa Italian Recreation Club and Bocce Club.

Salvatore was also an avid gardener, often appearing in the Oshawa newspaper for the oversized tomatoes, sunflowers and lilies that he and Ignazia grew at home.

Salvatore’s most celebrated accomplishment was his 75 years as a barber. He first learned barbershop talk in Sicily at the age of 6, where he was sweeping hair after school.

By the age of 14 he was a full-fledged hair stylist. On November 10, 1958 Salvatore packed his scissors and immigrated to Canada, landing in Halifax and eventually settling in Oshawa with his wife.

He built a life for himself and his family by opening Sam’s Barber Shop, which became a household name in the Oshawa area for decades. Salvatore formed friendships with countless customers, and will always be remembered for joking with them as they sat on one of his red vinyl barber chairs.

The family would like to thank Dr. Barrettara for his dedication and numerous home visits.

Special thanks to the Occupational Therapist, Jennifer, as well as all PSWs and RSWs who assisted tremendously with Salvatore’s care both at home and at the hospital.

We are grateful to the staff at Lakeridge Health Oshawa for their compassion, love and tireless efforts. Visitation will be held at BUSCIGLIO, Salvatore Busciglio, 847 King Street West (905-721-1234) on Saturday, October 29th from 9:00am to 10:45am.

Funeral Mass will be held at ST. MARY OF THE PEOPLE CHURCH (570 Marion Avenue, Oshawa) on Saturday, October 29th at 11:00am. Entombment to immediately follow at Resurrection Catholic Cemetery (355 Taunton Road, Whitby).

Memorial donations to the Alzheimer Society, Brain Injury Association of Durham Region or Lakeridge Health Foundation would be greatly appreciated.

Fond memories and expressions of sympathy may be shared at oshawafuneralhome.com for the Busciglio family.