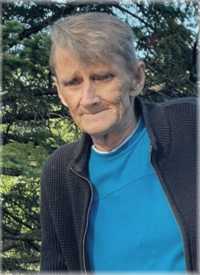 On Wednesday, November 3, 2022, Shannon Shane Gillis, loving father of two passed away at the age of 63.

Shannon was born in Winnipeg MB but lived his earliest years on PEI with his grandfather, younger brother and adoring family.

When his mom met Charlie McBurney, they settled in Ontario, where he spent his pre-adult years.

Shannon, ever the adventurer, left Ontario at 18, and moved to Edmonton Alberta where he met Lili, the mother of his two boys, Kyle, and Ryan.

If you knew Shannon, you knew that his boys meant the world to him. He was passionate about coaching them in hockey.

His love for Hockey was experienced by the many youths he mentored and coached.

A lifelong Edmonton Oilers fan (Go Oilers Go), he held season tickets for many years. His other passions were mountain climbing (he successfully climbed 5 of Alberta’s massive mountains) and woodworking – he created a side business of making beautiful red pine wood furniture.

Shannon was a hardworking man, spending 27 years with CN Rail, and then fortunately for him, he was able to find his dream job working at the Northern Alberta Institute of Technology (NAIT) and spent the rest of his career where he was well known and loved by all his colleagues and the students that passed through NAIT.

One of the things that we all admired about Shannon was his ability to spark up a conversation with just about anyone – he had the gift of gab. With his sarcastic sense of humour, he brought a sparkle of life and joy to so many people whether he knew it or not. Kyle reminded us that his dad's favourite sayings were - " NO QUIT" and " RUMBLE YOUNG MAN RUMBLE''.

Shannon lived by his creed – What would you do when nobody is watching? He was a man of great character. In October 2017, Shannon was diagnosed with Multiple Myeloma. He fought a long hard battle living longer than the doctors expected. Shannon was peaceful in the last few years with family and friends. He really experienced joy, happiness, and family love to support him in this journey.

The entire family would like to thank Edna & Paul from the bottom of their hearts for caring for Shannon and giving him all the love and support he needed.

John, Tom, Ed, and Edna are all grateful to have been able to spend wonderful times with their big brother and his two sons, which is exactly what he wanted.

Shannon would not want anyone to be sad, or shed tears over his passing, just know he is in a better place. Thank you to his medical teams at both Lakeridge Health Oshawa ON and the Cross Cancer Centre in Edmonton AB for the amazing care he received.

Shannon will be missed by his sons Kyle (Megan) and Ryan (Evelyn), his five grandchildren Kale, Talia, Hassan, Georgina, and Brielle, and by his boys' mom Lili. He will be missed by his siblings John (Debbie) Gillis, Tom (Ben Wang) McBurney, Ed (Karin) McBurney, Edna (Paul) Dyer, along with his many nieces, nephews, his cousins, and his Aunt DD and Uncle Henry, and by all of his Hall’s Lake buddies!

Celebrations of Life will be held at later dates in St. Albert, AB, Haliburton, ON and Souris, PEI - details will follow.

In lieu of flowers, donations to Multiple Myeloma Canada would be appreciated and can be made through COURTICE FUNERAL CHAPEL .