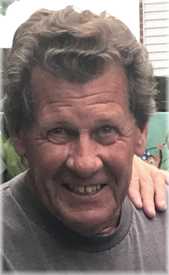 He will be fondly remembered by his many nieces and nephews, especially his great nephew Drew, who shared a strong bond with his “Huddy”.

Cremation has taken place and a Celebration of Fred’s Life will be held in Spring 2023.

If desired, memorial donations may be made to R.S. McLaughlin Durham Region Cancer Centre.

Condolence may be expressed online at wctownfuneralchapel.com .