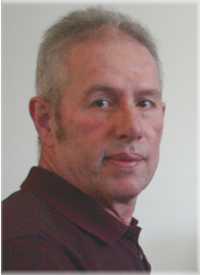 It is with sadness that we announce the passing of Henry Schwering on Friday, January 20th at Ajax Pickering Hospital after a brief battle with pneumonia.

Henry was surrounded by his loving wife Mari and family.

Henry was born on December 13, 1954, in Schaesberg, The Netherlands to Henk and Tina Schwering.

He immigrated with his family to Canada in 1957 where they settled in the Beach area of Toronto.

Henry attended St John’s Catholic School, Neil McNeill High School and earned his Electrical Engineering Technology diploma at Ryerson Polytechnic. For many years Henry worked as a Technologist at George Kelk Corporation where he had opportunities to travel to other countries, including China, Germany, and Spain.

Henry pursued motorcycling, driving his mini cooper, riding the waves in his sailboat, camping and hiking adventures. In 1990, he married Marianne Merrick and together they enjoyed bowling, card games, travel and times with their extended families. Henry and Mari were dedicated to their families and were always there for recitals, hockey games, family game nights, birthdays, and other special celebrations with their many nieces and nephews.

Henry was a fighter. Having suffered a devasting motorcycle accident in his early 20s Henry did not accept the prognosis that he would not walk again. He fought hard to relearn walking and talking, and it was after his recovery that he went on to graduate from Ryerson.

Facing challenges head on was something Henry would do again. In later years Henry battled Parkinson’s to live life to its fullest. After a stroke in 2019, Henry moved into a long-term care home where Mari continued to be his source of strength. Mari was Henry’s rock, advocate, best friend, and love of his life.

Predeceased by his parents Henk & Tina; mother-in-law Irene and brother-in-law George; nephew Tyler and niece Hannah. Henry leaves behind many friends and family in Canada, the US and the Netherlands.

If desired, memorial donations may be made to Parkinson’s Canada or the Heart and Stroke Foundation and condolences may be expressed online at wctownfuneralchapel.com .