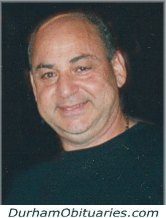 Ted went to be with his Lord on Wednesday, November 15th, 2017, surrounded by his family, at his home in Whitby, Ontario, at the age of 66.

Beloved and devoted husband of Tessie (nee Aquilina) for 46 years.

Beloved son of Oreste Mizzi and predeceased by his mother Emmanuela Mizzi, and his in-laws Joseph and Annie Aquilina.

Loved uncle of his many nieces and nephews. Will be fondly remembered by his aunts, uncles, cousins, friends and colleagues in Canada and Malta. The family would like to thank Dr. McAllister and the staff at the Central East LHIN for all their support in Ted’s journey.

Ted was an avid supporter of Manchester United and the Chicago Blackhawks.

Memorial donations to the Heart and Stroke Foundation or the Canadian Cancer Society would be appreciated.