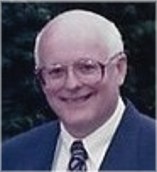 Alvin is survived by his wife Olga,daughter Jennifer (Bill Uhlman), and his many furry companions.

Alvin isalso survived by his brother Gerald (Linda), sister Kim Bernard, and nephewRandy (Helga) and their families. Alvin will also be missed by many otherrelatives and friends.

Predeceased by his parents Eldon and Charlotte,brothers Deb and Don, sister Isabelle.

Some of you will know Alvin fromplaying baseball in his younger days, while others will know him from his extensive volunteer work with Simcoe Hall Settlement House, after he retired from EDS/ GM.

Alvin will be remembered too for his love of animals, and his role of caretaker in feral cat colony management, and supporter of TNR - trap/neuter/ return.

A private service will be held at a later date.

If you wish to honour Alvin in your own way, please consider making a donation to one of the following organizations: Simcoe Hall Settlement House - http://simcoehall.com/cause/donate/, Toronto Community Cats - https://communitycats.ca/donate/,  Toronto Street Cats - https://torontostreetcats.com/getinvolved/donate-2/.