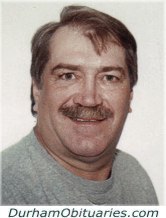 It is with a heavy heart that we announce the passing of Jack (Yves) Lachapelle on Tuesday, December 12th, 2017 at Lakeridge Health Oshawa.

Beloved husband of Charlene Lachapelle for 39 years and loving father to Shelley and Tracey Lachapelle.

It is a sad closing of 45 years of Jack’s Aluminum Roofing and Contracting.

Special thanks to the Emergency Ward, Cancer Unit and the ICU at Lakeridge Health Oshawa.

Cremation followed by a Celebration of Life sometime in the New Year.