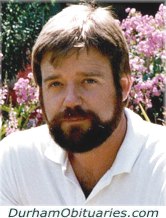 ROSE, Patrick - 66, of Oshawa, Ontario passed away the night of Monday, January 8th, 2018, at Lakeridge Hospital surrounded by his family.

His sudden passing was due to complications from heart disease.

Pat is survived by his two sons William and Glen, sister Barbara, brother Jon, and nieces Kirsten, Katrina and Sara.

Pat was born in Oshawa on December 27th, 1951 to Harry and Madeleine (Knowles) Rose.

He graduated from Eastdale C.V.I. and went on to have a long career as a consultant in the fields of tech and banking, working until he retired in September, 2017.

An avid sporting clays shooter, Pat regularly participated at the General Motors Open, was 1974 Ontario skeet champion, and was selected to represent Canada at the 1976 summer Olympics in Montreal, but instead attended as an official judge.

He enjoyed spending time in nature, camping, fishing and hunting with friends and family.

A memorial will be held at a private residence at 1:00pm until 4:00pm, Saturday, January 20th.

In lieu of flowers, the family would be grateful that any donations be made to the Wildlife Conservation Society of Canada on Patrick's behalf.