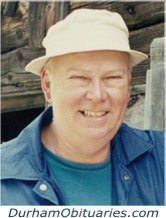 George passed away peacefully in his home under the loving and gracious care of his son Donald, at the age of 87.

Predeceased by his loving wife Margaret Edith Soininen (Whitton) as well as his parents Emil and Alma Soininen.

George and Margaret were married on May 16, 1953 in Timmins, Ontario.

George was a loving and devoted father to his four children; Stephen, David, Donald and Susan (Eyre) Soininen.

He was the proud grandfather to eleven grandchildren; Stacie, Elyse, Daniel, Hayden, Charles, Daniel, Ronnie, Jessie, Josh, Tyler and Richard as well as two great-grandchildren Lily Ann, Tobias and little Ella on the way. Dear friend of many years to Winnie Hastie (100) and the late Bill Hastie.

George was employed by Northern Telephone, and later Bell Telephone where he worked until retirement.

George shared his love of nature, knowledge and respect of the outdoors with his children, grandchildren and anyone willing to join. He enjoyed camping, fishing, hunting, boating and waterskiing. He will always be treasured.

A private memorial has taken place at Thornton Cemetery.