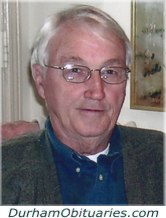 Hector was born on the 5th of July 1938 in Glace Bay, Nova Scotia to John Clifton Mason and Margaret "Ollie" Mason.

He spent his early years in the community of Merrigomish Nova Scotia just outside of New Glasgow.

Hector was was the youngest of 7 siblings which included his sister Jeannie Mason and brothers Clifton, Earl, Douglas, Jimmy and Stanley Mason - all of whom predeceased Hector.

During his time in Merrigomish, Hector began his career in sales at the age of 5 as a "travelling" mackerel salesman, selling the mackerel fish caught by his fisherman father to the neighbours on the road for 5 cents a piece.

His education started in a one room schoolhouse where most kids lunched on lobster sandwiches dreaming of the luxury of a peanut butter sandwich.  These were times when families traded amongst themselves for items and skilled work they needed all the while keeping a close eye on one another - traits that would follow Hector throughout his life.

As Hector grew up, he took on other jobs such as raking cranberries in a bog so that he could afford to purchase a rifle advertised in the back of a comic book.

He played with the rifle by shooting the glass electrical connectors on hydro poles for the simple enjoyment of watching them explode.  Being the son of a simple lobster fisherman, Hector also took on the job of assisting his father building Dorys - his job was to create the water tight seal between the planks using a special eel grass mixture.

By 1942, Hector's parents made the difficult decision to move their large family to Ontario because of the poverty and lack of employment opportunities for their children.  The family pickup trucks were loaded with all of their belongings, meaning that as the youngest, Hector's seat for the long, slow journey was in the open box of the pickup truck.  The family settled initially in the Long Branch area of Toronto.

A couple of years later, the family chose to move to Sarnia Ontario.  Hector's father established a construction company building residential houses in the area and Hector settled into high school at the Sarnia Collegiate Institute and Technical School (SCITS).

In 1954, his life was forever changed when he met a young girl named Carol Timpson.  The two became inseparable.  On August 6th of 1960, Hector Mason married Carol Timpson - a marriage that would last for 58 years.

By 1962, Hector was employed by Pittsburgh Paints and Glass (PPG) and was transferred to Oshawa as sales rep. Hector continued to build a career in sales working for numerous companies that included Arrow Shirts, Imperial Tobacco, BIC Pen and Eldon-Rubbermade.  He attained the distinction of being the National Sales Manager for both BIC pen and Eldon.Hector was a devoted father to David (Sharon) and Kelly (Jan).  He was the kind father and husband who put family first even ensuring his working world knew never to call him during the dinner hour as this was his cherished time with his family.  Hector was the proud grandfather to Matthew, Kristen, Greg and Alex (Linzi).

Hector Mason was known to many as a great story teller who had a "bit of the devil" in his eye.  He was often the centre of attention at functions and gatherings with people hanging on for his next word knowing there would be much laughter and wit.Hector's greatest pleasure was simple: he loved nothing more than sitting on his patio for 3 seasons of the year where he could enjoy a beer and visitors while debating and contemplating the issue of the day.  As a self described political junkie, the topic often involved politics and public issues where he could express his views about the need for government to take better care of citizens.

During these times he developed a new career as a professional squirrel re-locator where he would provide safe and secure transportation of local Dundee Ave squirrels to the forested areas surrounding the Oshawa airport in an effort to protect his and his neighbours' properties.

Hector was a kind and gentle soul who always concerned himself with the well-being of others and what he could do to make someone else happy.  He measured people by how kind they were to others and how much they could make him laugh.  He loved the music and immortal words of Willie Nelson and often spoke of how good a life he had.A celebration of life will be held on Thursday March 29, 2018 at DESTEFANO FUNERAL HOME at 1289 Keith Ross Dr, Oshawa (905)440 3595.  Visitation begins at 1pm, a service in the Chapel will follow at 2:30pm.

The family wishes to express great thanks and appreciation to Dr's Broomfield and Rothenstein of Durham Region Cancer Center and to the Nurses and Doctors of OC6 at Lakeridge Health Oshawa for their care and kindness throughout Hector's final journey.