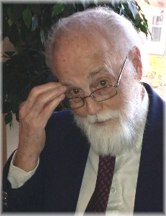 PLANT, Howard Keith Plant  - Passed away, May 15, in his 87th year at the Lakeridge Health Centre in Oshawa.

Howard was predeceased by his wife of 55 years (Anne Louise).

He leaves behind his sons Michael (Sinda Abbott) and Mitchell (Candace Corkery) and his 5 grandchildren Jaime, Keegan, Shelby, Connor and Sam.

Originally from Brantford, Howard was the youngest of 4 brothers.

Predeceased by his brothers Mervin and Merle, he leaves behind his brother Murray (Helen) and his many nephews and nieces.

After graduating with a BA from the University of Western Ontario and a Bachelor of Divinity from Emmanuel College (U of T), Howard went to work in the mission fields of Saskatchewan and Alberta as a United Church minister. He and Anne began their family in Aneroid, Saskatchewan where Howard had his first posting. The family then moved to charges in Brucefield, Ontario and later, Stratford.

In 1970, Howard shifted his skills to helping clients in the field of probation and parole in Toronto. Upon retirement in 1984, he was able to travel with Anne often capturing the places that they visited in his paintings. He also put his artistic talents to work in stain glass and even in his garden paths in the forest.

Howard will be missed by his family, his friends and staff at the Village of Taunton Mills, his church family at Pickering Village United Church and his dear friend and caregiver, Ruth Smith, who always brightened his day.

As per Howard's wishes there will be no visitation. Cremation followed by a private interment.

If desired, memorial donations may be made to the CHARITY of Choice.