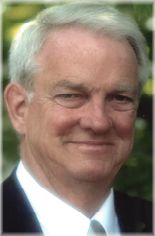 FOY, Peter (Pierre) Joseph Julien Gérard Foy  -  81, died peacefully on May 27, 2018 after a long struggle with cancer, at home and surrounded by his family.

The end was calm and comfortable.

Peter was born on February 19, 1937 at home in Saint-Pierre-de-Broughton to Joseph Foy and Léonida Foy (née Perron), the eighth of twelve children.

Peter is survived by his partner, Cheryl Lampitt, who tirelessly supported and loved him all of these last five years; his daughter, Nathalie Anne Foy, her husband Ted Betts and their three boys, Griffin, Rowan and Gavin; his son, Nigel Foy, his spouse Josée Bellavance, and their two children, Sarah and Alexander; his siblings Gontran, Esther, Suzanne, Patricia, Jean-Guy and Evelyne, and their families; and friends from countries all around the world. Peter was predeceased by his wife, Anne Foy, with whom he travelled the world and raised his children over 40 years of marriage.

Peter was also preceded in death by his siblings Isabelle, Louise, Léo, Grégoire and Georges.

We would like to thank all of his extended family, friends and caregivers for all of their love and support over the last 10 months. He died in comfort and surrounded by so much love. As he said shortly before he died, he was ready to meet God.

In lieu of flowers, Peter requested that memorial donations be made to the Canadian Cancer Society.

A funeral service will be held at St. John’s Anglican Church, 150 Victoria Street East, Whitby, Ontario at 11:00am on Saturday, June 2, followed by the burial.