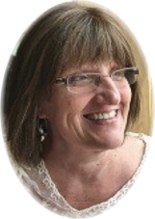 REID, Janet  - It is with immense sadness and very heavy hearts that the family announces the passing of Janet Reid (Doner) on June 23rd, 2018 at the age of 53, after a courageous battle with cancer.

Janet was born on July 6th, 1964 to Howard and Jean Doner (Brown) in Newmarket, Ontario and she was the 2nd youngest of four children.

Janet married David Reid on June 17th, 1989 and they lived in Whitby, Ontario for the majority of their married life.

Janet's two cornerstones in life were her family and faith.

Janet is survived by her mother Jean Doner, her beloved husband David Reid and the joys of her life Richard, Sarah and Emily. Janet was the loving sister to Dan (Anita), Rick (Dale) and Linda (Cam) and sister-in-law to Mark (Annette), Ken (Carol) and Carolyn (Kevin). Janet was adored by the staff and patients at Uxbridge Cottage Hospital, her place of work for the last 29+ years.

Janet will forever be remembered for her selflessness, as well as her loving and kind nature.

Her family and friends will also remember her wonderful garden and delightful baking.

Janet possessed a wonderful sense of humour and a positive outlook on life. Janet has touched so many lives in a way that is truly immeasurable.

Memorial donations in memory of Janet may be made to World Vision or the Canadian Cancer Society.