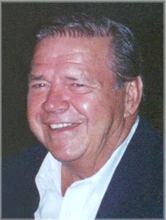 SMITH, Douglas  - At St. Peter’s Hospital on June 26th 2019 with his family at his side, Doug lost his battle with cancer.

Doug is predeceased by his mother Gertrude, father Fredrick, sisters Lois and Arleen, and brothers Teddy and Thomas. He also leaves many nieces and nephews.

With $2,000.00 borrowed from his mother, he began his business as a stone mason and brick layer and ultimately became a successful land lord. Doug’s favourite places to holiday were Florida and Mexico.

He had a love for nature and all animals.

The Smith family would like to thank the staff and Doctors at St. Peter’s Hospital for the wonderful care they gave to Douglas while he stayed with them.

In lieu of flowers, memorial donations made to the Hamilton SPCA would be appreciated .