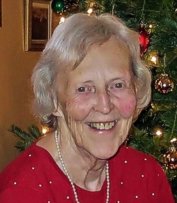 MILLER, Irene Moira (nee Maclean) - It is with profound sadness that we announce the passing of Irene Miller on Monday, August 12, 2019 at the age of 87.

Remembered by the extended Miller and Lowden families as well as many friends in Ontario, Newfoundland and the UK. She will be sadly missed by all who knew her.

As per Irene’s wishes, a Private Cremation has taken place. A Celebration of Life will be held at a later date (*check with Smith's funeral home, Guelph Line, Burlington.)

In lieu of flowers, donations in memory of Irene to the Heart & Stroke Foundation would be sincerely appreciated.