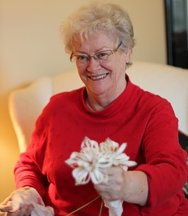 Also survived by many relatives in Ontario, Alberta and British Columbia.

Sharon was a teacher with the Catholic school board (1958-1963). She began working at her mother and stepfather’s company, G.C. Duke Equipment in 1963 where she remained for the duration of her career. She treasured countless friendships in Ontario, Florida and beyond.

The family would like to thank the staff of the Joseph Brant ICU for their care and kindness through her final days.

Cremation has taken place, a memorial gathering will be held at Smith’s Funeral Home, 485 Brant Street, Burlington on Sunday September 15th from 3 - 5 pm.

In lieu of flowers the family requests donations in memoriam of Sharon to the Canadian Cancer Society, The Heart and Stroke Foundation of Canada or Diabetes Canada.