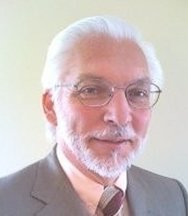 He was born on June 14, 1947 in Garner, Iowa, to Maurice and Mildred (Gallion) Fread, and grew up in Blooming Prairie, Minnesota.

Gary will be missed by his son Matthew (Kaitlyn), granddaughters Charlotte and Victoria, his sister Connie (Dick) Jelinek, sister-in-law Harriet Fread, and many nieces, nephews, and cousins. He was preceded in death by his brother Roger in 2014.

If desired, donations may be made to the Alzheimer Society of Canada.