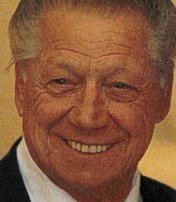 Born March 28, 1937 in Bathurst, NB, the youngest of nine children of the late Denis and Melvina Christie.

John is survived by his wife of over 50 years Phyllis (nee Locke) Christie and his children Deborah (Alex), Richard and Jeffrey (Antonia).

John was a devoted “Poppy” to seven grandchildren who were an important part of his life. Daniel, Matthew, Brooklynne, Jessica, William, Olivia and Jonathan will all miss their Poppy dearly. He is also survived by his brother Ernest Christie (the late Jenny) and many nieces and nephews.

John was an Iron Worker by trade and proud member of Local 721 in Toronto for over 50 years. In his youth he was an amateur boxer in New Brunswick. In his later years he enjoyed hunting, golfing, sailing, and spending time with his grandchildren. He was an avid sports fan and loved to watch the Toronto Maple Leafs, Blue Jays and Raptors.

A Celebration of Life will be held at Smith’s funeral home, 485 Brant Street, BURLINGTON on Saturday, October 26th at 1 p.m.

A heartfelt thanks to all the staff at St. Peter’s Hospital and Juravinski Hospital and their compassionate care during his time there.

In lieu of flowers, a donation to a charity of your choice, Jurvainski Cancer Centre or St. Peter’s Hospital in John’s memory would be greatly appreciated.