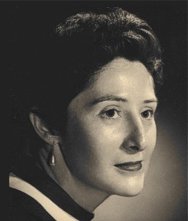 She was predeceased by her husband of 62 years, Pat Monkman, who passed away in June 2019.

She was predeceased by her grandson Jason Davis-Monkman, her sisters Velma, Ida, Lillian, Merle, Norma and her brother Arnold.

She was born to the late Earle and Lily Grant on April 13, 1928 in Ebenezer, Ontario. Mary graduated as a registered nurse from Guelph General Hospital in 1949. After working as a nurse, first in London, ON, then in Westminster, BC, Mary joined TransCanada Airways, where she was a stewardess until she married the late Pat Monkman on March 17, 1956. Mary returned to nursing in the 60s, working at Mississauga Hospital for 30 years.

Mary and Pat started life together in Saint John, NB, but shortly after they returned to Toronto and in 1960 moved to a new house in Mississauga. Mary made the house a warm family home for all of us. Later, our cottage near Parry Sound became our family’s very special place. Mary and Pat spent many happy summers there, often enjoying the company of their grandchildren.

Mary was a member of the Daughters of the Nile masonic organization. She and Pat travelled Canada and the US together to participate in Shrine events. They also learned to golf while in Saint John. Mary loved the game and played well into her seventies.