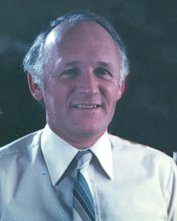 WICKENS, John Louis - In his 92nd year, John peacefully passed away, on Monday November 4, 2019 at the Oakville Trafalgar Memorial Hospital.

He was the beloved husband of Janet for 61 years, loving father of Karen (Don), Jackie (Steve) and Phil (Claire), proud grandfather of Jaime, Brendan, Haley, Jaden and Calais, great grandfather of Boyd and Remy.

John was predeceased by his brother Richard (Freith, England).

John and Jan immigrated to Georgetown from England in 1969. John worked for 21 years as a production manager. He was a long standing member and president of the Red Cross in Georgetown. He was heavily involved in starting and growing the Georgetown chapter of the United Way.

Once retired, John and Jan built their own home near Parry Sound and enjoyed the area for 20 years. John helped with the Parry Sound Little Theatre, was envelope secretary and choir member of the Anglican Trinity Church.

We would like to thank Dr. Tsang in Newmarket and the Oakville Trafalgar Hospital (Dr. Agaibi) for their tender loving care.

In lieu of flowers, memorial contributions to the St. George's Anglican Church or Canadian Red Cross, Georgetown would be appreciated. Arrangements with Jones funeral home.