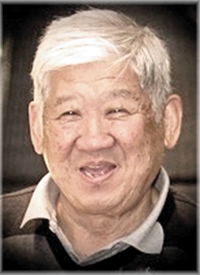 With great sadness, we announce the passing of Tsugio "Robert" Mori in his 95th year, on Wednesday, December 29th in Niagara-on-the-Lake.

Predeceased by his parents Hachizo and Masa Mori, sisters Fujiko, Fusako, and Yaeko, and brothers Kazuo, Shozo, and Yoshio.

Survived by brother Shigeru and fondly remembered by many nieces, nephews, and friends. Tsugio 'Robert' (Bob) Mori was born on March 23, 1926 in Kitsilano, BC.

During World War II, he and his family were uprooted from his childhood home and interned in Grand Forks, BC.

Despite the injustices endured by the Japanese Canadian community, Bob strove to create a better life for himself and his family.

Post-war, he set out for Toronto to begin anew and soon married his wife Ryuko (Ricki) of 57 years.

They met on a "streetcar named desire," as he often fondly recounted.

Driven by an entrepreneurial spirit, ingenuity, and a tenacious work ethic, Bob and Ricki started and successfully built their own business, Mori Safety, designing and manufacturing safety harnesses.

For the past ten years, he called Niagara-on-the-Lake home. He will be greatly missed by all who knew him.

Special thanks to Dr. Timothy Bastedo and caregivers Grace Nunez and Amy Lagrimas.

A private memorial service will be held at a later date. Private family arrangements in Niagara-on-the-Lake.

Those who wish may make a memorial donation to the Japanese Canadian Cultural Centre in memory of Tsugio Robert Mori.