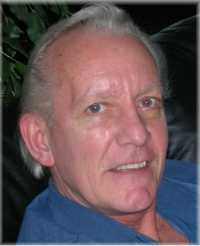 LUNDELL, Terry Allan  -   A.K.A. Mick Dundee or affectionately known by his friends as "Pic".

Passed away peacefully, on Thursday, May 5, 2022, at Markham Stouffville Hospital, at the age of 74.

He will be lovingly remembered by his wife Suzanne, his daughter Angie (Paul) and granddaughter Hailey.

Terry grew up in a large family and will be missed by his two brothers Byron, Barry and their families.

He was preceded in death by his brother Johnny.

Terry participated in various sports, but hockey was his passion from a young age that continued throughout his life.

He retired from Imperial Oil after a 30-plus year career.

At Terry's request, there will be no service.

Cremation has taken place and there will be a small gathering of immediate family to scatter his ashes.

He will be remembered for his kind heart and sense of humour and will be deeply missed by his friends, family and all who knew him.