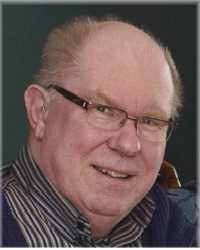 Bob was born in Leamington, Ontario, and graduated from the University of Waterloo in 1974 with his Bachelor of Mathematics degree.

He achieved his fellowship in the Society of Actuaries in 1977. Bob worked in Toronto for the Mercantile & General Reinsurance Company, starting in Canadian Individual pricing. He worked in a number of areas for the M&G and its successor, Swiss Re, transferring to the US area in the 1980's. At various times Bob had responsibility for internal reporting, claims, auditing, training, treaties and finished his career as Senior Vice President of Risk Management for North American Life and Health operations. Bob was also the Actuarial Editor for 'On the Risk,' an underwriting publication, when he retired in 2007.

Bob was fortunate to survive both mantle cell lymphoma and prostate cancer during his lifetime. In retirement, Anita and Bob were able to travel extensively and enjoyed numerous cruises and land trips.

Bob was active in the Toronto United Mennonite Church and served in various roles on the church board as well as volunteering with other organizations, including Mennonite New Life Centre of Toronto and, more recently, Mennonite Church Eastern Canada.

Arrangements with the Erb & Good Family Funeral Home, Waterloo . The funeral service will be held at Waterloo North Mennonite Church, 100 Benjamin Rd., Waterloo on Friday, May 27, 2022, at 11:00 a.m.  The family kindly requests that you please wear a mask at both the visitation and service. A private family interment will be held in Leamington.

In lieu of flowers, memorial donations may be made to Mennonite Central Committee (mcccanada.ca) or Princess Margaret Hospital Foundation.