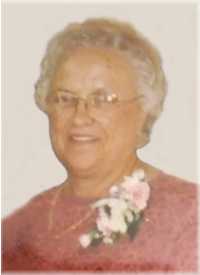 Passed away peacefully at Marian Villa, London, on Thursday, November 17, 2022, in her 94th year.

Vaida was the last member of her original family, being predeceased by her brothers, Janis, Andris and Arturs.

World War II forced Vaida and her family to flee their homeland.

She ended up in England where she met her soulmate, the late Teodors Hengs (1997). They married and had one daughter, Ilze Hansen (Kjeld), before coming to Canada in 1952.

In lieu of flowers, donations to the Alzheimer Society Southwest Partners would be appreciated.